Elements “aim” to have a full outer shell. They can do this in a number of ways. One method is for atoms to gain or lose electrons. 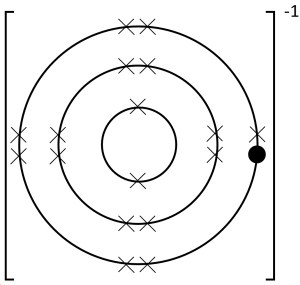 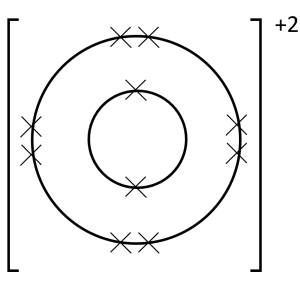 Figure 2
A Magnesium ion
We can work this out because of the number of electrons and the charge on the ion. It shows that it had 2 more electrons than it does now.